08 March 2013, Freetown - The Global Fund on HIV/AIDS, Malaria and Tuberculosis has extended a grant of USD 55 million to the government of Sierra Leone to address implementation gaps in the national HIV/AIDS response. The facility has two components, first to address prevention and response to HIV/AIDS and secondly to strengthen health systems in Sierra Leone. The grant is of significant importance to women in accessing services.

Ms Miatta Kargbo the Minister of Health and sanitation, who signed the grant agreement on behalf of the government, thanked Mr Michel Sidibe, the Executive Director of UNAIDS, for his enormous support and invigorating passion in ensuring that Sierra Leone accesses the facility. The signing was part of the activities to commemorate women's achievements on the International women's day, 8th March 2013. Mr. Sidibé. Took the occasion to warn Sierra Leoneans not to accept a society where violence against women is rife. "It is important to place women at the centre of our development agenda", he said 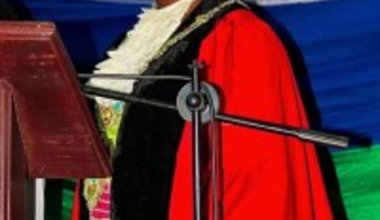 The women of Sierra Leone were delighted by the UNAIDS grant, however, they still want more support from their government and its development partners. The women who were determined to tell their stories and create a strategic partnership with Mr. Sidibe and the other members of the visiting high level delegation called for more to be done in the areas of entrepreneurship, governance, health and energy.

The women called for the establishment of a Women's Empowerment Fund and a review of the land tenure system as a strategy for strengthening and expanding women's entrepreneurial activities. They also highlighted the need for women to move from the informal to formal sector and for agro-industry and value chain to be strengthened in areas such as road networks and market facilities, which will facilitate their participation in global economic instruments, such as the Agreement and Growth Opportunity Acts (AGOA).

Key among the recommendations made by the women in the area of governance are the enactment of the Gender Equality, Matrimonial Causes and Citizenship bill, and amendment of laws that discriminate against women particularly the 1991 constitution, Chieftaincy Act and Offences against the Person's Act 1861. 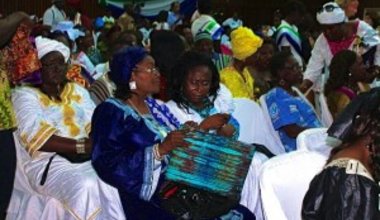 The women of Sierra Leone acknowledged that the women agenda cannot gain momentum without addressing maternal and women's mortality and morbidity. They called for quality health care for women with special reference to sexual and reproductive health and rights, gender based violence and the need to scale up universal access to HIV prevention, treatment, care and support services if the country is to achieve MDG goals by 2015.

Amongst the gaps highlighted in the energy sector were the non popularization of the energy policy for rapid implementation, high taxation on energy systems and components, few women organizations and groups in the energy sector and very few girls opting for math, engineering, technology and sciences in schools and colleges at all levels.

Present at the ceremony were H. E. Dr. Ernest Bai Koroma, his wife Madam Sia Nyama Koroma and members of his cabinet, dignitaries from national and foreign governments, the many eminent and community women of Sierra Leone, UN officials, Civil Society Organisations, women's groups, traditional and religious leaders, youths, students, and a general representation of all shades across the working class and four regions of Sierra Leone.