More than six centuries ago, tribes from the African interior decided to settle in the virgin forest, where they would be protected by the mountains on one side and the sea on the other. They were probably the ancestors of t 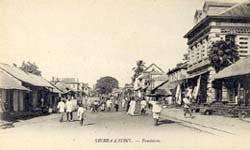 he Limbas, the oldest ethnic group in Sierra Leone, the coastal Bulom (Sherbro), Tine, the Mande-speaking people including Vai, Loko and Mende.

Portuguese sailors were among the first Europeans to discover the site of what is now Freetown. As foreign influence increased, trade commenced between the locals and Europeans in the form of a barter system. The British began to take interest in Sierra Leone and in 1672 the Royal African Company established Forts on the Islands of Bunce and York for trading. With the emergence of the slave trade, human being became the major commodity in the market. Indigenes were sold as slaves. In fact, Bunce Island became a prime spot for the transporting of slaves to Europe and America.

Through the efforts of some British philanthropists, slavery was abolished in England. A naval base was established in Freetown to intercept slave ships and also to serve as settlement for freed slaves in 1787. This settlement was called the ‘Province of Freedom.’ By 1792, 1200 slaves were thereby sent to Freetown from Nova Scotia and a large number from Maroon in the 1800s to join the original settlers from England. Few years later in 1808, the colony officially became a British Crown Colony. Trade commenced between the indigenes and the settlers. This paved the gateway for the British to infiltrate the protectorate- the need to extend their rule became necessary. In 1896, a protectorate was declared. The country then became a single entity with a shared history, culture and language called krio which evoked out of the fatua and mixed languages of various other settlers and traders. English became the official language. 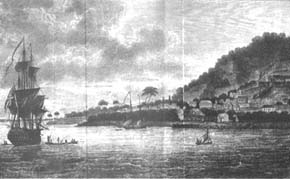 During British colonialism, Sierra Leone served as the seat of Government for other British colonies along the West Coast of Africa. The first college for higher education south of the Sahara was established in 1827. The country is well known for its early achievements in the fields of medicine, law and education earning the name ‘the Athens of West Africa’.

In 1787, British philanthropists founded the “Province of Freedom” which later became Freetown, a British crown colony and the principal base for the suppression of the slave trade. By 1792, 1200 freed slaves from Nova Scotia joined the original settlers, the Maroons, another group of slaves, rebelled in Jamaica and traveled to Freetown in 1800.

Through the efforts of such men as William Wilberforce, Thomas Clarkson and Granville Sharp, Lord Mansfield formed an administration in 1806, which was instrumental in the British Empire’s abolition of the Trans-Atlantic slave trade (1807). The British established a naval base in Freetown to patrol against illegal slave ships. A fine of GBP £100 was established for every slave found on a British ship.

In 1808 Sierra Leone officially became a crown Colony with the land possessions of the Sierra Leone Company (formerly known as St. George’s Bay Company) transferred to the crown. The colony was dedicated to demonstrating the principles of Christianity, civilization and commerce.

In 1833 British Parliament passed the Emancipation Act, and 1883 slavery was finally abolished. It wasn’t until 1865; the United States passed the 13th amendment abolishing slavery. 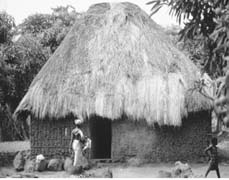 By 1855, over 50,000 freed slaves had been settled in Freetown. Known as Krios, the repatriated settlers of Freetown today live in a multi-ethnic country. Though English is the official language, Krio is widely spoken throughout the country allowing different tribal groups a common language.

During British colonialism, Sierra Leone served as the seat of Government for other British colonies along the West Coast of Africa. The first college for higher education south of the Sahara was established in 1827. The country is well known for its early achievements in the fields of medicine, law and education earning the name ‘the Athens of West Africa’.

Sierra Leone gained independence on the 27th of April 1961 and the Republican status on the l9th April 1971. Since independence there have been many changes in the socio- political, and economic spheres.

The outbreak of the war in Sierra Leone caused set back to many areas in the country. The conflict in Sierra Leone started in March 1991 when fighters of the Revolutionary United Front (RUF) launched a war from the east of the country near the border with Liberia to overthrow the government. With the support of the Military Observer Group (ECOMOG) of the Economic Community of West African States (ECOWAS), Sierra Leone's army tried at first to defend the government but, the following year, the army itself overthrew the government. The RUF continued its attacks.

On 18 January 2002, the war in Sierra Leone was officially declared over.