UNIPSIL HRS joined partners in commemorating the International Day of Persons with Disabilities (IDD) on 3rd December 2011 and supported the Sierra Leone Union on Disability Issues (SLUDI) in organizing a number of activities in all regions. In Freetown radio discussions raised public attention throughout the week ahead of the IDD and a press conference was held on 2nd December. A march pass and a symposium marked the actual IDD. Similar activities were also conducted in Bo, Kenema, Kono and Makeni.

On the occasion of the IDD, the United Nations Integrated Peacebuilding Office in Sierra Leone (UNIPSIL) and the Office of the High Commissioner for Human Rights (OHCHR) jointly released a Report on the Rights of Persons with Disabilities with the title "Moving forward together: from national commitment to concrete action". The report, which is the result of a research conducted by UNIPSIL HRS, was publicly launched in all regional headquarters. It analyzes obstacles and barriers faced by persons with disabilities in Sierra Leone and identifies means to overcome them. The study focuses on five key areas: customs and traditions, employment and equal opportunities, health, political participation and international cooperation. 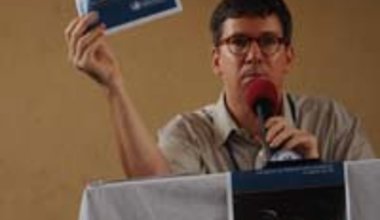 Recently, the Government of Sierra Leone has shown increased commitment on disability issues by ratifying the Convention on the Rights of Persons with Disabilities (CRPD) and, in March 2011, enacting the Persons with Disability Act. UNIPSIL Human Rights Section supported the Government in this process. The enactment of the Persons with Disability Act largely fills the gap between Sierra Leone's international obligations and its national legal framework. The Act protects persons with disabilities from discrimination in education, employment, access to electoral processes and envisages affirmative action in a number of areas to overcome obstacles and barriers, including in access to public facilities, transport, health and justice. However, the report's findings illustrate that for these normative changes to make an impact on the lives of persons with disabilities in Sierra Leone, efforts must be made to ensure actual and timely implementation of the Act.

The report aims to promote the rights of persons with disabilities in Sierra Leone by offering advice to and support the Government, in particular on strategizing the implementation of this Act. The Government of Sierra Leone has a crucial role to play in mainstreaming the rights of persons with disabilities, ensuring adequate allocation of resources to this end, and taking steps towards the required infrastructural adjustments. This includes ensuring the quick establishment and an active role of the National Commission for Persons with Disabilities envisaged by the Act, and strengthening coordination of 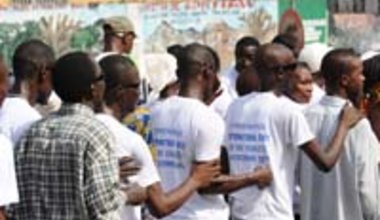